“I enjoy inspecting homes and condominiums in Cambridge. The homes are often quite unique whether it’s a mansion on Mt. Auburn street or a condo in Harvard Square. Cambridge can be a wonderful place to live with so much to offer! Rich in history yet vibrant with life and activities of today! But you don’t need us to tell you that for you have already driven or walked about and got a sense of what makes Cambridge the place you want to live. For your benefit we have provided further information that you may find helpful”.

The city of Cambridge is part of the Greater Boston area of Massachusetts. The city is best known for being the home of two world-class universities, Harvard University and Massachusetts Institute of Technology (MIT), located within just two miles of each other. Cambridge is bordered by the city of Boston, located on the other side of the Charles River just 3 miles to the southeast. Other surrounding communities include Somerville (to the north), Watertown (to the west), and Arlington (to the northwest).

Settled in 1630 by a band of Puritans from England, Cambridge was originally called “Newtowne.” The founding of Harvard College in 1636 prompted the choice of a new name, one more appropriate for a college town in New England. The name “Cambridge” was chosen due to the familiarity of many of the settlers with Cambridge University in England. The year 1636 also marked the incorporation of the town, which became a city in 1846 when the original town (Old Cambridge) merged with two villages (Cambridgeport and East Cambridge) which had formed to the east along the roads leading to bridges linking the area to Boston. The city’s major industrial focus in the nineteenth and early twentieth centuries centered on factories (largely furniture and glass) but since that time the emphasis has shifted to technology-based enterprises, including electronics, software, and biotechnology research. Cambridge today is very much a college-influenced community combining a strong mix of cultural and social diversity, intellectual vitality and technological innovation.

The charming neighborhoods (“Squares”) of Cambridge are rich in options for shopping, dining, and sightseeing, offering plenty of theatres, museums, and historic sites. Central Square, the seat of city government, contains a variety of international restaurants and music clubs. Kendall Square, home to MIT, is the focal point of the Massachusetts high tech and biotechnology industries. Harvard Square, surrounding the historic brick walls of the nation’s oldest university, offers a plethora of cafes, bookstores, boutiques, and entertainment choices. Likewise, Porter and Inman Squares offer a diverse selection of dining options, and many artistic and cultural attractions as well. 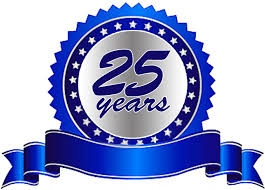